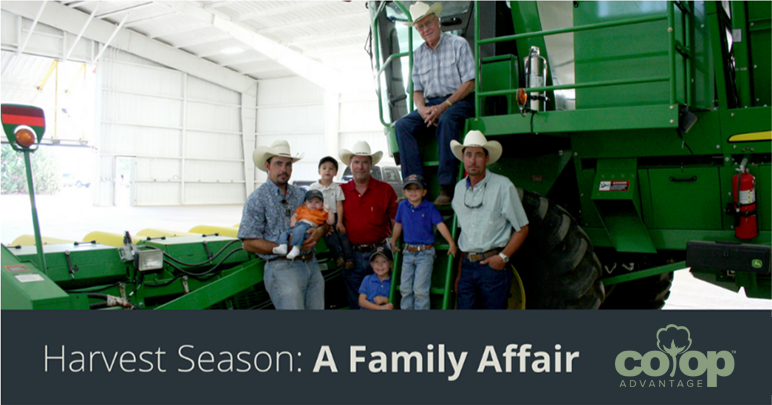 As cotton farmers across the region head into the harvest season, it’s a parallel to the rest of our country that begins planning the holiday season. Both are American examples of a family affair.

Many Americans across the country are busily planning Thanksgiving. At whose house will family gather? Who will be baking, cooking and ‘harvesting’ the meal? Thoughts of thanks begin to run through many as plans come to fruition to bring family together for what marks the start of the holiday season.

Cotton farmers across our region begin a gathering of a different sort, but a family affair nonetheless. Like Thanksgiving, when more people gather, harvest season requires more people. More equipment. More money, and yes; more time. Cousins, uncles, aunts, children, mothers and neighbors become closest this time of year as the ‘family affair’ of harvest season gets into full gear.

But like Thanksgiving, and the gathering of family, it’s a labor of love. For the young farmers, it’s a learning experience. For those who assist – from tarping modules to driving trucks behind cotton strippers – it’s a time of giving back. It’s a time of thanks for the harvest.

For farmers – like those first Pilgrims – it’s the season of thanks for living, working and loving this land. A time for bringing family and neighbors together and remembering why this job is done year in and year out.

The first Thanksgiving is a direct correlation to the harvest season. In November 1621, after the Pilgrim’s first corn harvest proved successful, Governor William Bradford organized a celebratory feast and invited a group of the fledgling colony’s Native American allies, including Wamponoag, chief of Massasoit. Now remembered as Americans’ “first Thanksgiving” – although Pilgrims did not use the term at the time – the festival lasted for three days.

Like the original Pilgrims and Native Americans who came together for harvest, the tradition rings true each year for cotton farmers, their families and their neighbors.

The coming together of Pilgrims and Native Americans set the pace for bringing “family” together, and an annual celebration became common throughout other New England settlements as well. It wasn’t until 1789 that George Washington issued the first Thanksgiving proclamation by the national government of the United States calling upon Americans to express gratitude for the happy conclusion to the country’s war of independence and the successful ratification of the U.S. Constitution.

The Co-op Advantage® expresses gratitude for a happy conclusion to the harvest of this year’s season and gives thanks to all grower-owners. May this year’s harvest be hearty and may your Thanksgiving be remembered like the original feast celebrating family, faith and Country. 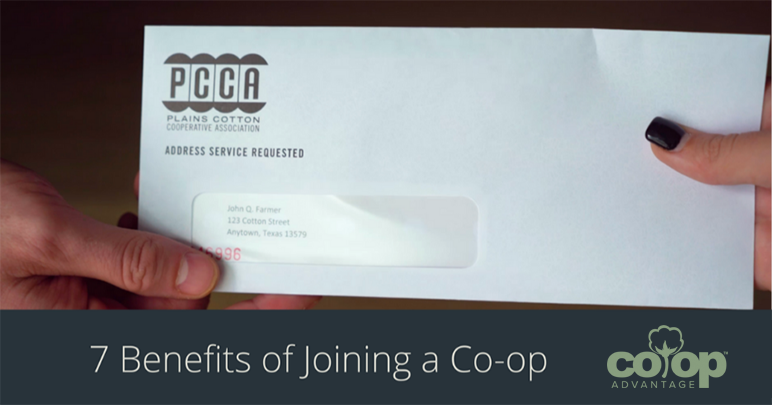 7 Benefits of Joining A Co-op

7 Benefits of Joining A Co-op