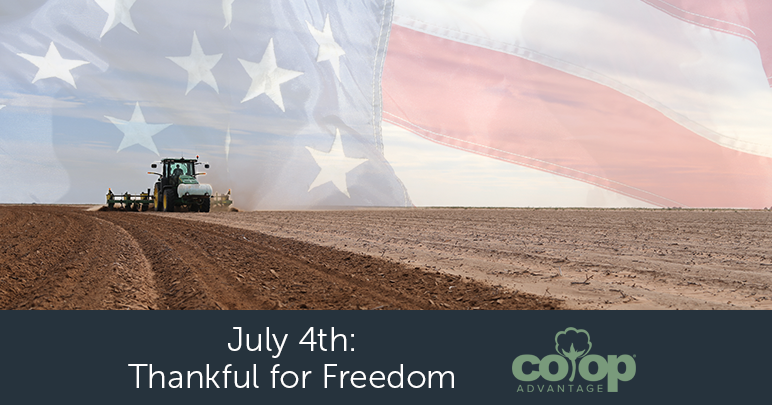 As we all know, the Fourth of July commemorates the adoption of the Declaration of Independence in 1776. On that day 243 years ago, the Continental Congress declared that the 13 American colonies regarded themselves a new nation – the Unites States of America, and were no longer part of the British Empire.

The 56 men who penned the Declaration of Independence knew they were risking their lives by signing, as King George ordered his soldiers to find and execute each and every one. In a sense, to sign the Declaration meant living on borrowed time.

Many remember all of this from history class of our youth. But did you know that nine of the signatures of the brave men from 243 years ago were farmers?

In many of our blogs, we discuss the thin green line of agriculture that provides for our nation. We also discuss the thin red line that is our defense – our military – that protects our nation. Provide and protect: two of the greatest careers for God, family or country.

Through the years, many farmers have also served our country in uniform, and we salute them  for their service.

But on this Independence Day, we thought it important to remember the people of 1776 who sacrificed all – to put their pen to paper on the most sacred document to allow us freedom.

The closing remarks of the Declaration of Independence may best express the patriotism of each man who pledged his passion for a new nation:

“We, therefore, the representatives of the United States of America, in general Congress, Assembled, appealing to the supreme judge of the world for the rectitude of or intentions, do, in the name, and by the authority of the good people of these colonies are and of right ought to be free and independent states; that they are absolved from all allegiance to the British crown… and for the support of this Declaration, with a firm reliance on the protection of divine prominence we mutually pledge to each other our lives, our fortunes and our sacred honor.”

Of the 56 men who signed the Declaration of Independence, many did lose their lives and their fortunes as a result of their patriotism. But their pledge for sacred honor is remembered to this day. In 1776 – like today – the thin green line and the thin red line worked together to provide and to protect; and above all else: allow freedom for our nation.

As we celebrate this Fourth of July, silently remember our first patriots who gave us our freedom – and openly celebrate those who keep it for us every day.

The Co-op Advantage®️ wishes everyone a happy 4th of July, and God Bless America. 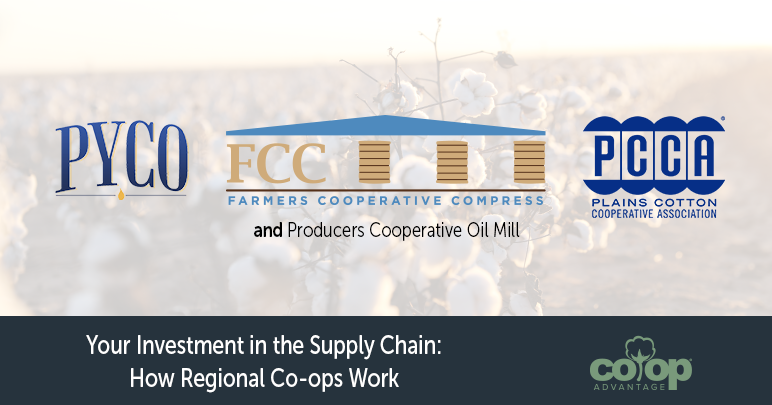 Your Investment in the Supply Chain: How Regional Co-ops Work

Your Investment in the Supply Chain: How Regional Co-ops Work