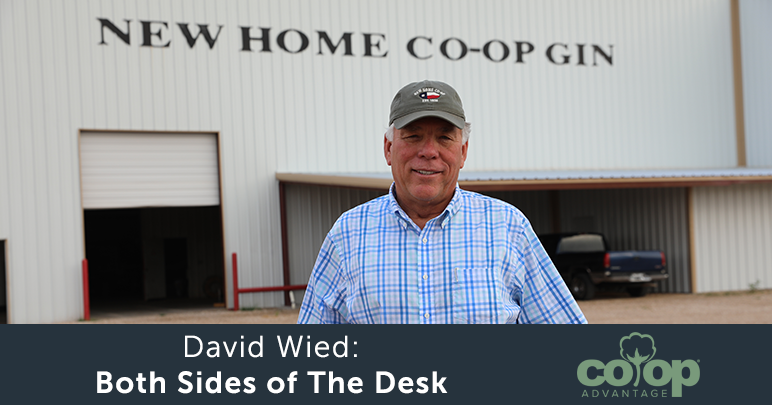 New Home Co-op Gin Manager David Wied has a unique perspective on The Co-op Advantage®️ as both a ginner and a producer.

“I recognize what it means to be on both sides of the desk,” he said. “At the gin, I know full-well our focus always has to be on what we can do to achieve the greatest good (for grower-owners).”

Recently named this year’s Cooperative Ginner of the Year by the Texas Agricultural Cooperative Council, Wied is proof of that award in his leadership, encouragement and forward-thinking work at the helm of the New Home Co-op Gin.

Since having started in his position in 2003, Wied has doubled the gin’s capacity with improvements made before each harvest season and the gin keeps up with technology to benefit all grower-owners’ bottom lines.

“It’s their crops, and we’re stewards of their crops,” Wied said of the gin. “We are an extension of their business. We are here to serve.”

From cutting press box turner times in half to adding greater safety-spark detection technology (Argus), improved incline cleaners, stick machines and additional pre-cleaners, the list is endless in how Wied and his team work to increase grower-owners’ bottom lines – and ultimately – their profitability.

“Being part of a co-op means always planning for your future,” Wied said. “That’s what we’re here for. Ownership means being a part of something where you have a say, and dividends that help you along the way.”

With service at the foundation of his character, the proof is in his resume. He has served the Texas Cotton Ginners Association, the National Cotton Council and on the TACC and Wilson Co-op Gin boards. In his community, he has served as a deacon at the First Baptist Church and on the local school board, in addition to supporting the Bayer Museum of Agriculture and participating in the Wilson Lions Club.

Wied, who also farms in partnership with his brother, Keith, beams when asked about his family. He and his wife, Nan, are proud parents to three daughters and six grandchildren.

“And another grandchild on the way,” he said.

“We (area co-op gins) are all in this together, and we lean on each other,” he said. “Life’s too short to have bad neighbors.”

Wied, a man of his word, is just one example of how the by farmers, for farmers concept works.

After all, that is the Co-op Advantage. 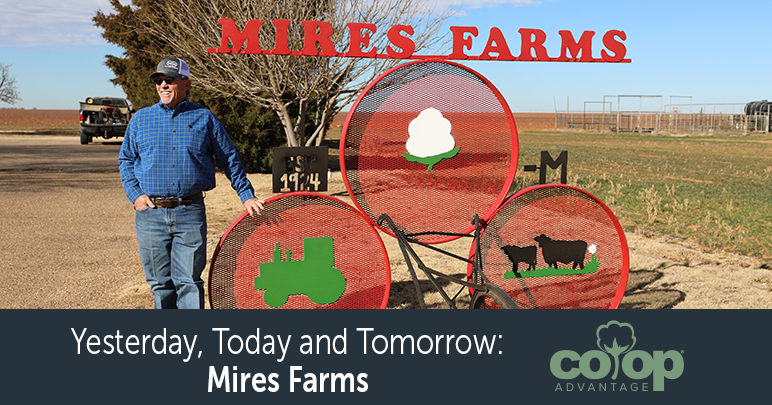